In Israel They Drink the Kool-Aid,Don't They ?


The people of Israel are led by fools who love their idols,and their delusions.They love the lie and refuse to face the truth.The lie that real peace can come by way of Washington with the evil cult who can not even live in peace among themselves. Instead of obeying God they embrace lying idols.
Even after all the evidence is on the table,the government continues the same insane practice of rewarding and assisting their destroyers. The stupidity and blindness of Netanyahu and his band of fools make the plans of their enemies against Israel a sure thing. 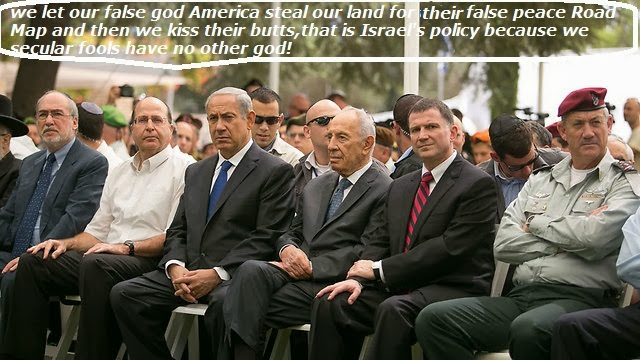 Tragically, most of Israel trust in their Kool-Aid drinking fools and not God
How shall God repay the stupid people who use their Army and laws to go after Jewish home builders and not defeat their enemies ?

Thus says the Lord:
“Cursed is the man who trusts in man and makes flesh his strength
Jeremiah 17:5

Did you see this?

Yes,thanks for passing it on.
It's going to take much bigger quakes and a big devastating war to wake up the entranced nation who think America is their God.
Once the LORD removes their American Idol that should start the process.